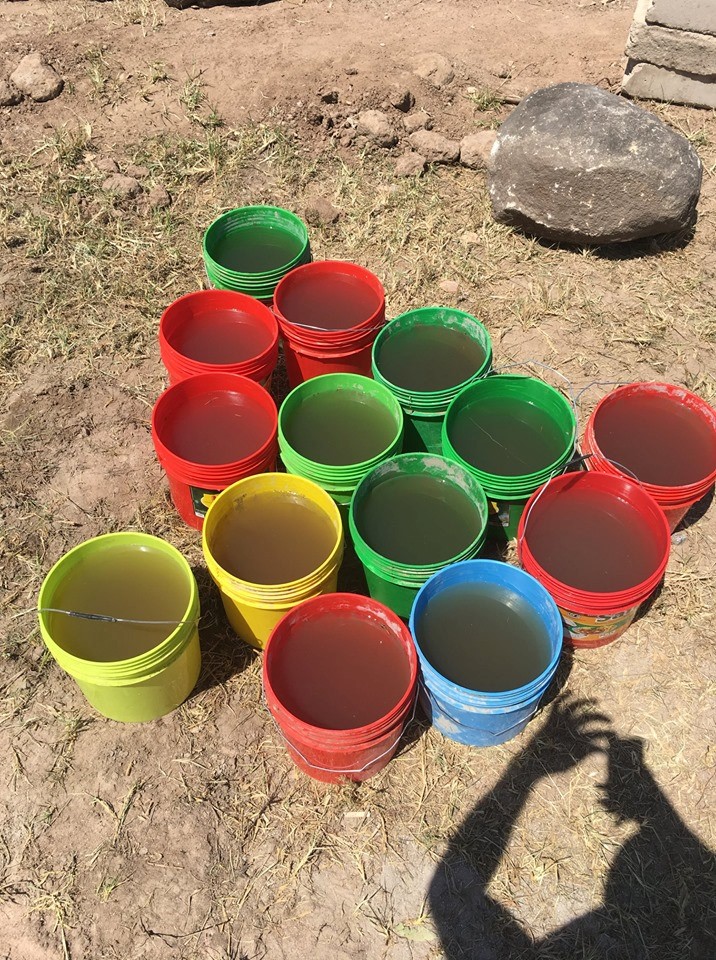 Our Tanzania Twelve set out on Sunday 26th May 2019 on their trip to Kazunzu to start work building the first two houses in a sustainable village called Kazunzu Village of Hope on the shores of Lake Victoria. The complex will consist of a cluster of over 40 houses, constructed to home widows and orphans from the surrounding islands and shores in a family setting. The area will eventually be developed into a village which will include a primary school, vocational training centre and healthcare provision. This expedition gave the team an opportunity to make a difference to the lives of some of the most vulnerable people in the world.

We are supporting the Vine Trust, a Scottish charity which started in Bo’ness and works with partner organisations based in Tanzania & Peru, building family homes and orphanages and providing primary medical care through medical ships.

Iain MacSween, one of the team, said “This project will bring hope to the people who live in the Kazunzu area, many of whom are suffering from HIV and Aids. A very high percentage of the children are orphaned as a result and desperately need accommodation. I hope the team can make a start on what is a very worthwhile project and encourage others to get involved. We are delighted with the support we have received for this project and the level of funds raised.”

The Tanzania Twelve kept a diary of their time in Kazunzu and you can read it here.

Update April 2021 – Despite the fact that, due to covid, no volunteer trips took place to Kazunzu last year, work has continued on the site. The local labourers have been building the community centre and are in the process of putting the roof on to the building. The plan is then to start work on the school on the site. This will enable the children who are living at Kazunzu to attend a local school rather than having to walk a great distance to the nearest one.

Eight houses have been built and furnished and a total of 58 people, 37 of whom are children,are living in these eight houses. Rather than just a “Mama” as originally planned, each house hasa Mother and Father figure – some of the couples have children of their own who are living with them.

The two fish cages are in place and the tilapia (the local fish) are growing steadily. It is hoped they will be ready to be harvested in June or July. This will provide employment for the men living on site and help to make the project sustainable.

So although work hasn’t progressed as fast as originally envisaged, the work has continued and the site is developing, albeit a little slower than expected.

Having raised funds to send a team of volunteers from the church and also raised over £7000 to furnish and equip the two houses we built, as well as raising £1270 for the project from the sale of calendars, we are keen to maintain our links with Kazunzu.

Our thoughts and prayers remain with the people of Kazunzu. We, as a congregation, feel that we have an ongoing commitment to the Village of Hope project.

We would love to send another team of volunteers from Falkirk Trinity Church, perhaps in 2023. If you are interested in finding out more about what this might involve, please contact the Minister.